How I’m combating my fear of failure ..and how you can help

I have to admit…I’ve failed, again. 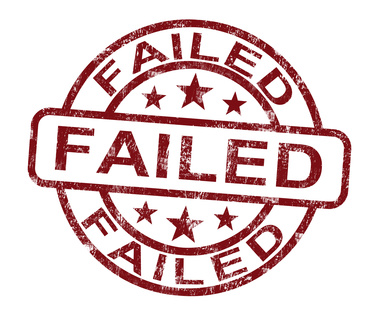 I’m saying this out loud not because I want to feel pity about myself, or worse, gather sympathy from others. Nor I want to blame others for my failure. I’m admitting to be a failure so that I can move on and–may be–fail again.

For some people ‘moving on’ is earlier–Ok, atleast easier than me. For me it’s easy to say then done. I have tried several ways to ‘move on’. Self-hypnosis, Motivational videos and books, Positive self-talk, Meditation, etc etc: I’ve tried them all but it’s still there. The fear that I’ll fail again in my upcoming startup, and I’ll be back in the miser state of being a looser. Some where deep-deep inside my mind this fear has occupied a room–or may be even a large hall, its just difficult to gauge. Although, on a scale of 0-1o it’s now down to 3 from may be 8, but this 3 is still significant three!!. And to worsen my fear further I’m developing a product for a high-risk market segment.

I’ve two choices now: a) forget about startups and pick up a 9to5 job doing same thing again and again, a slow death–contrary to Startups which is La petite mort–and imagine how my life would have been different if I fathered and nurtured an innovation, or b) Manage my fear and do what I really like doing–no matter how tough the road is. Right now I’m choosing option B!

And here is my action plan (yes something like AA.)-

Step 1. Accept that I failed. I failed because my assumptions were wrong, wrong market, wrong team-members’ etc etc. Lesson learned. Don’t assume, if you have to then have realistic assumptions.

Step 2. Accept that I was meant to fail. Nobody is god! and it’s OK to fail. Wise man is someone who analyse what went wrong and take note of them–looking diligently at assumptions.

Step 4. Be prepared socially. Yes, one of the largest fear we have social fear, fear of how we’ll face our world. And this fear is growing day by day–Thank you social media!!. One of the trick I noticed was something which Franklin D. Roosevelt used it in Second World War: Writing down your failure speech. President Roosevelt wrote down a speech  in case allied forces would have failed to on the D-day. Here is a copy-

So I’m writing down on a sheet of paper what I’ll have to say if I fail. And I’m gonna seal it in an envelop. This way I’ll have one less thing to worry about. And if I fail, I’ll open it up and I will console myself of predicting my failure in future. We have been mistakenly taught the idea that we can control our destiny if we take charge of it. This is the biggest lie!. We may influence our destiny, but can never control it.

Step 5. I have no clue what next steps could be. Would please suggest me what else I could do, or what should I not do from the above mentioned step?